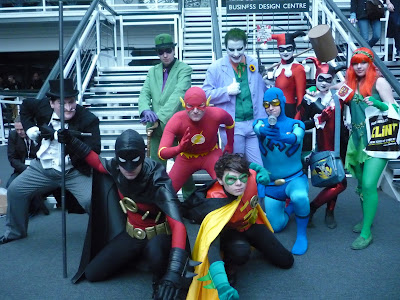 Comics culture is expanding. And a day at Mark Millar’s Kapow! is all you need to see it for yourself.

We know Comic Cons; we’re used to the demographic and the slightly grubby, lightless venues. We’re used to long boxes of variant covers and collector’s editions, to fans that flick through them for the rare ones they don’t yet own.

For the outset, Kapow! was going to do things differently. 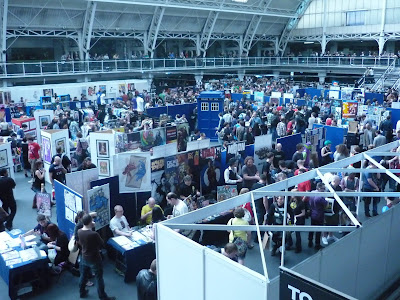 This is a stronger event, brighter, more dynamic. This is big; this is shiny. Under the sunshine coming through the roof of the Design Centre, there’s a heaving, mobile statement about the modern changes in Geek Culture. Cybercandy are here, and the London Rockin’ Rollers. This is cool – and it knows it.

The audience is younger, hotter, better dressed – and there are more girls than ever. 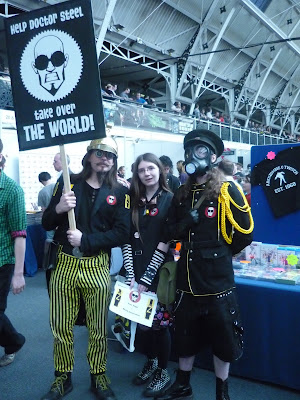 From behind the FP stall, we see a lot of ink, top-end body art and some arsekicking alternative fashion. There’s a teasing gleam of Steampunk, a timeless flicker of Who, an errant Manga cosplayer – but here, the costumed characters, too, have presence and quality. The ones present in force are the Superheroes, the icons of our childhoods, but like the culture itself they’re streetwise now – they fuse retro with all growed up. 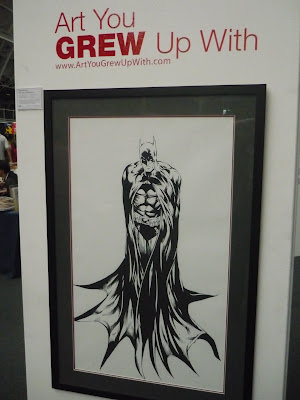 As the culture expands, then, so does its personal expression. No longer is the comic restricted to the printed page. We know that Superheroes have made the big screen and become socially acceptable; we know that independent comics have found new expression on the web. What we’re seeing now is that comics imagery is permeating youth culture, fashion and self-expression. It’s not just for nerds anymore – or has the very word expanded at the same rate? 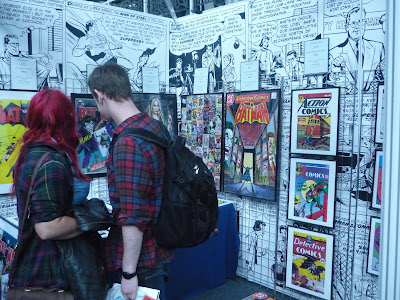 On my way in on the train, there was a guy in Marvel headphones; at the event itself there are accessories from jewellery to household décor. FP are doing a roaring trade in Kick Ass mugs and travel-pass holders – and the Genki Gear guys have likewise expanded their product range.

Keeping a lookout for Kapow!’s best geek t-shirt (the guy in the ‘Han Job’ tee probably won that one hands – erm – down) got me thinking. 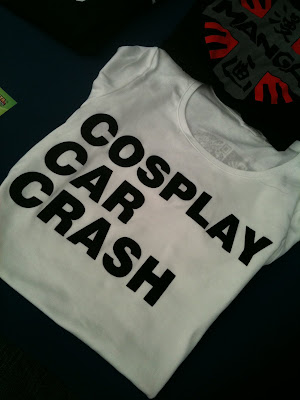 Rebellion’s Keith Richardson commented that more people were asking him about 2000AD, about where they should start and what they should read. If the readership is expanding, and events like Kapow! are turning comics culture into a lifestyle choice… then the old belief that the t-shirt is the ultimate geek status symbol is surely becoming outmoded.

And the best accessory is taking over.

So – am I talking pants? What do we think of these as a winner? 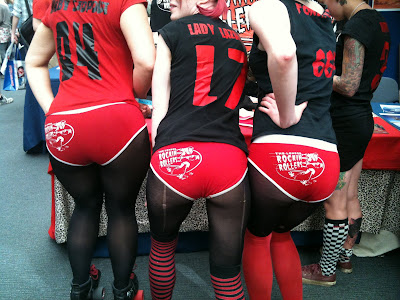 I had a fantastic time at Kapow, met up with Dom from the Londonlovescomics blog who I'd never met before, also yourself and reveled in brightly lit comic book geekery goodness. Will definitely try and get tickets next year. Great post, thanks!

It was good to meet you, @pikachugardener, though I do have to ask ask where on the Twittername came from...

Great article and great shots! We did sell out of pants at the event, and will come to the next one for sure!

hope to see some of you guys at our events sometime!

For my part everybody ought to glance at this.