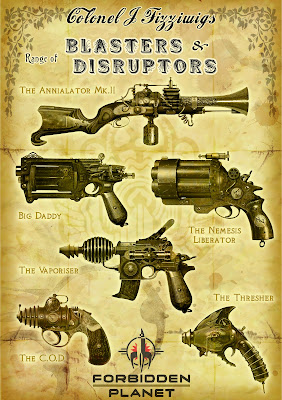 And some guns demand adventures.

Lock’n’loading somewhere between Doctor Grordbort and Hellboy, this is one palm-itching, mouthwatering range of steampunkery that’s enough to make you crave big game – and I don’t mean the bloody World Cup.

Available at Forbidden Planet, each of one these cries out to be accompanied by a full bustle and a pith helmet – or the gentlemanly equivalent. Sadly lacking costume, I will have to settle for throwing out my son in order to make some space.

Whatever Steampunk may do as a literary genre (you’ll pardon me for not writing this post in the style of an excerpt from King Solomon’s Mines) in the art world, it kicks butt… these weapons are props and statues, there to be admired and BIG-TIME shown off.

They may be convertible to cosplay with a crafters’ eye and a steady hand (though I’m not recommending it), but I want to know..? 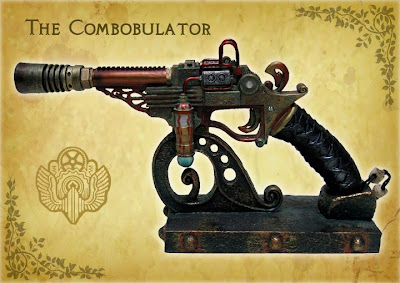 Three of the Best Event: When A Plan Comes Together! 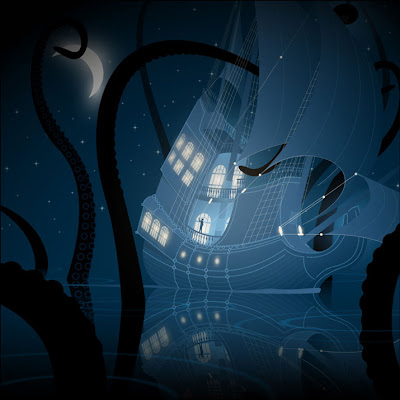 I love it when a plan comes together.

Oh all right, all right – there may be a plan, but its execution isn’t mine. This stuff doesn’t happen without the unsung heroes in the books department, without the publisher, without the fantastic triple bill of the boys themselves, and without Sharon Ring who rounded up the critical mass of bloggers and brought them in for the night.

And what a night.

From Adam’s cherry flavoured e-cig to the threat to shave Mark’s head, from China’s choice of entry music (check Mark’s blog for this one) to the winding–fractal queues (suitably squid-like in fact) that coiled across the floor… this was an evening that coalesced flawlessly. Yes, there were books and there were buyers, there were writers and there were readers – but there was also that fantastic, spontaneous combustion of friendliness and badinage that brings tradition down in flames and builds something Phoenix-like (see what I did there?) out of the ashes of what has gone before.

Question: why do people feel they can @celebs on twitter? Because it’s an even field; when you look at your screen, at your choice of app, Stephen Fry has exactly the same 140-character slot as your next mate down. Suddenly, if you wish it, he’s approachable.

So: we're breaking tables. Their absence removes emotional barriers, social barriers – barriers that divide an author from their readership, and that readership from each other. Queues formulate readers into ceremonial silence.

And don’t we want to shout about the books we love?

Once again, I return to the sense of community – and the multiple subsequent posts I’ve seen about this event all celebrate the same song. We met our friends and we shared something that mattered.

Yes, we might read a book alone (though if it’s ‘Apartment 16' you might want the light on) - but being able to share that book, not only with your friends, but with the author that wrote it, really matters.

Thank you to everybody who came down and made that event what it was. I only work there ☺


(The image is Krakencome by Nycopterus. Sadly, my iPhone takes lousy photos. That’s what I tell myself anyway)…

Five Authors, One... Oh, You Know How This Works! 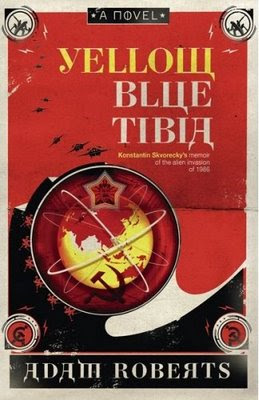 And off we go again!! Forbidden Planet and Gollancz publishing are delighted to bring you one of our now-celebrated, open-format, multi-author signings! At 6pm on Thursday May 13th, Forbidden Planet 179 Shaftesbury Avenue, London will be playing host to: -

Once again, we've have gathered the hottest new sf/f releases into one event – an evening that bring writers and fans together and promotes interest in new and different kinds of fiction.

This is a free-form and open signing, bringing the authors out from behind their tables and giving their readers a chance to meet them and talk to them about their work. An array of fantastic books will be on hand to be picked up and signed – including works by every one of the writers present.

You know how this works - you've been to one of these before!