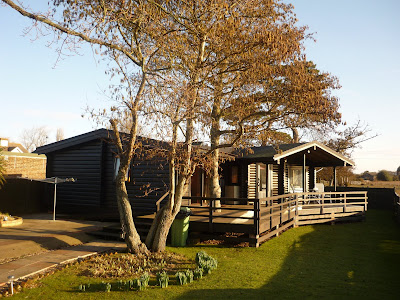 A warm log cabin, wide veranda stretched along the edge of idyllic wetlands. Mornings spent exploring the Island, walks and museums and parks – ours alone in the quiet off-season. Evenings devoid of television, playing Gloom in the clear night air, accompanied by good whisky and the brassy impertinence of geese…

Sometimes, you need to stop.

Recently, I passed the epiphany that was Tweet 23,000: shocking myself slack-jawed as I totalled out 230,000 words. Two novels (or half a Neal Stephenson) – and my two-year twitterversary next month… How much time have I spent?

I plead sophistry – I can tweet while looking after my home and family, wheras writing requires concentration – but that number grins too stark to be denied.

Hence, my holiday has been totally Incommunicado; leaving my phone in the office was both unintentional and perfectly timed. Before I left, I sent everyone and his cat a panicked email to explain my silence – more for my benefit than theirs, I know – and then turned to face that cold, beady-eyed turkey…

The world without the web. 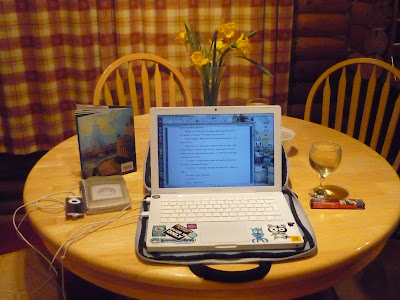 On the first day, I wanted to tweet everything – the hovercraft ride, the cabin itself, the great food in the local pub – I was bereft, reaching, craving to share.

On the second day, I found distractions – a veranda-breakfast with ducks and moorhens, watching the cormorant pose like the Angel of Death – I involved myself with family and outings and allowed the hankering to recede.

On the third day, it had almost gone – I walked through an eternity of mud, saw a red squirrel in an ancient wood, made friends with an ocelot kitten – and Twitter was a world away, another life. My universe was smaller – yet each thing in it was precise and significant. Real.

On the fourth day, I reached for a RSPB book to discover what a Marsh Harrier looked like… and realised I was cured. No longer dwarfed by epic, breaking news or world-shaking media achievement, there was enough silence in my heart to be looking at the little things. 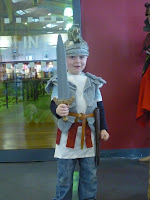 And understanding why they matter.

Call me a Social Media heretic if you will, four days Incommunicado has not only upped my wordcount (and my confidence to produce it), it’s also reminded me that red squirrels and ocelot kittens really matter – even when, especially when, they’re not validated by an audience. In the greater amphitheatre of Social Media, the mass-onslaught of feedback and information can deluge us, bury us under Significance and take our eyes from the things right in front of them.

Even the biggest things are made up from the little ones. 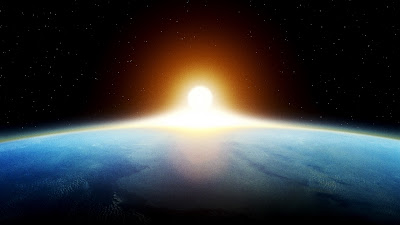 At his signing, Cory Doctorow said that Science Fiction had ‘anxiety about the future’ – and tried to control it. From my realisations at last year’s EasterCon – I didn’t doubt he was right.

But it seems the New Age is upon us.

Twitter has gone mainstream – we know this. My Mother is concerned about my twitter presence (‘all they do is talk about cereals!’). When I explain, she accuses me of ‘second-hand networking’ and tells me I should be out there ‘meeting people’. I’ll come back to that in a minute.

This week has seen Forbidden Planet get to grips with Twitter as both network and platform. As more of our SF-friendly Brands are bump-staring their own IDs, I have a two-year head-start and a place in the London (and sometimes UK) Twitter Elite. I’m rather bemused by this (I sell toys!) but it means that Forbidden Planet’s Twitter presence has credibility – and is suddenly a highly desirable commodity.

Coming back to ‘second-hand networking’ – for your Twitter presence to have impact, you need to be doing something. Signings and events bring energy and vivacity to Forbidden Planet’s Social Media presence, draw more followers, which in turn markets event more successfully…

…and, in turn, bring more business attention to the company.

Suddenly, Twitter isn’t about cereals any more. It’s become much more efficient, a strategy in itself. Talking to Tor Books about a forthcoming event with China Mieville, we know we need a new face on SF PR; we need to pioneer radical change in the industry. We need new energy to stand out, to break moulds. We need to broadcast, to live-stream from events – to embrace web and Social Media tools and really establish the New Age of Geek Chic. 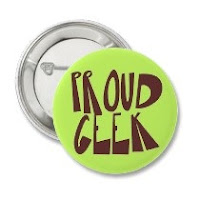 As the BBC blocks twitter, so the SF community embraces it, at last understanding the web-revolution. This morning saw @eastercon, LX2009, establish its own twitterstream – and I’m heralding this as a landmark moment in pro-fandom.

I’ve been standing on this fault line for two years, straining to pull the sides together.

Today, we can stand tall, geeks together. The movement into the real future has begun.

Thank you to Lindsay Digital for the sunrise image. Nothing else would do.